Across: A Novel (Paperback) 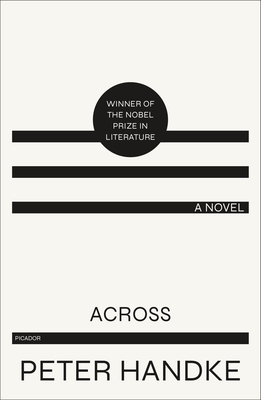 Nobel Prize winner Peter Handke's novel Across tells the story of a quiet, organized classics teacher named Andreas Loser. One night, on the way to his regularly scheduled card game, he passes a tree that has been defaced by a swastika. Impulsively yet deliberately, he tracks down the defacer and kills him. With this act, Loser has crossed an invisible threshold, and will be stuck in this secular purgatory until he can confess his crime.

Peter Handke was born in Griffen, Austria, in 1942. A novelist, playwright, and translator, he is the author of such acclaimed works as The Moravian Night, A Sorrow Beyond Dreams, The Goalie's Anxiety at the Penalty Kick, and Repetition. The recipient of multiple literary awards, including the Franz Kafka Prize and the International Ibsen Award, Handke is also a filmmaker. He wrote and directed adaptations of his novels The Left-Handed Woman and Absence, and co-wrote the screenplays for Wim Wenders’ Wrong Movie and Wings of Desire. He won the Nobel Prize for Literature in 2019.

Ralph Manheim (b. New York, 1907) was an American translator of German and French literature. His translating career began with a translation of Mein Kempf in which Manheim set out to reproduce Hitler's idiosyncratic, often grammatically aberrant style. In collaboration with John Willett, Manheim translated the works of Bertolt Brecht. The Pen/Ralph Manheim Medal for translation, inaugurated in his name, is a major lifetime achievement award in the field of translation. He himself won its predecessor, the PEN translation prize, in 1964. Manheim died in Cambridge in 1992. He was 85.