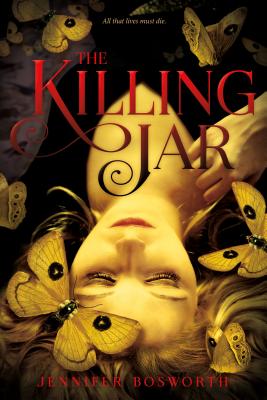 "I try not to think about it, what I did to that boy."
Seventeen-year-old Kenna Marsden has a secret.
She's haunted by a violent tragedy she can't explain. Kenna's past has kept people-even her own mother-at a distance for years. Just when she finds a friend who loves her and life begins to improve, she's plunged into a new nightmare: her mom and twin sister are attacked, and the dark powers Kenna has struggled to suppress awaken with a vengeance.
On the heels of the assault, Kenna is exiled to a nearby commune, known as Eclipse, to live with a relative she never knew she had. There, she discovers an extraordinary new way of life as she learns who she really is, and the wonders she's capable of. For the first time, she starts to feel like she belongs somewhere; that her terrible secret makes her beautiful and strong, not dangerous. But the longer she stays at Eclipse, the more she senses there is something menacing lurking underneath its idyllic veneer. And she begins to suspect that her new family may have sinister plans for her...
(The Killing Jar, Jennifer Bosworth)

Jennifer Bosworth lives in Los Angeles, California. She is the author of the young adult novel Struck and is the writer half of a writer/director team with her husband, Ryan Bosworth.

"All characters are well developed, and nothing is cut and dried, demonstrating Bosworth’s gift for writing and understanding of the reader. The Killing Jar is a multifaceted coming-of-age story with subtle poetic prose that is well written and well paced. It contains a suspenseful combination of horror and psychology, featuring murder, romance, intrigue, and hippie-murder-death cults. What is there not to like?" —VOYA