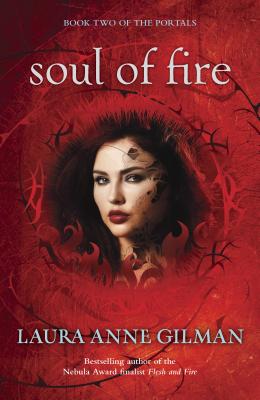 By Laura Anne Gilman
Unavailable to Order
Hard to Find

save the world--early and often Three months ago Jan learned that elves were real, our world wasn't safe and it was up to her to save her boyfriend--and the world--from being englamoured into slavery. Now Jan has a new deadline--ten weeks, ten days and ten hours. That's when the truce she arranged between our world and the elves' realm ends, and the invasion starts. While supernatural creatures work to defend humanity, Jan and the kelpie Martin have to find the preter queen, and use her to force the portals closed. But when magic mixes with technology, shutting it down isn't as simple as closing a door or pulling a plug.... Jan's geek-girl know-how might have gotten her this far, but they're going to need technical skills and magic to shut the portals for good.... And their time's nearly up.

Laura Anne Gilman is the author of the popular Cosa Nostradamus books for Luna (the Retrievers and Paranormal Scene Investigations urban fantasy series), and the Nebula award-nominated The Vineart War trilogy from Pocket, as well as the YA trilogy GRAIL QUEST for Harper. Her first story collection is DRAGON VIRUS andshe continues to write and sell short fiction in a variety of genres. Follow her at @LAGilman or www.lauraannegilman.net"

"Do you believe in magic? You will when Gilman's done with you." -- New York Times bestselling author Dana Stabenow

"Gilman spends a good deal of time exploring - and subverting - the trope of the fated-to-happen relationship. Readers will find this to be an engaging and fast-paced read." -RT Book Reviews on Dragon Justice