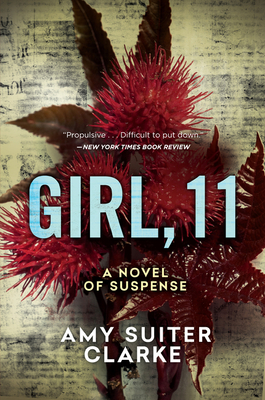 “Propulsive . . . Not only is the book difficult to put down, it’s also an adroit exploration of the ethical quandaries of true crime storytelling, particularly in podcasts.”
—New York Times Book Review

Elle Castillo once trained as a social worker, supporting young victims of violent crime. Now she hosts a popular true crime podcast that focuses on cold cases of missing and abducted children.

After four seasons of successfully solving these cases in Minnesota’s Twin Cities, Elle decides to tackle her white whale: The Countdown Killer. Twenty years ago, TCK was terrorizing the community, kidnapping and ritualistically murdering three girls over seven days, each a year younger than the last. Then, after he took his eleven-year-old victim, the pattern—and the murders—abruptly stopped. No one has ever known why.

When Elle follows up on a listener tip only to discover the man’s dead body, she feels at fault. Then, within days, a child is abducted—a young girl who seems to fit suspiciously into the TCK sequence halted decades before. While media and law enforcement long ago concluded that TCK had died by suicide, Elle has never believed TCK was dead. She had hoped her investigation would lay that suspicion to rest, but her podcast seems instead to be inciting new victims.

“A masterful, heart-pounding suspense that ushers in an astonishing new voice in crime fiction.”
—Samantha M. Bailey, internationally best-selling author of Woman on the Edge

“A tale of obsession, dark histories, and one woman’s quest to bring a terrifying killer to justice, Girl, 11 is delivered with poise, style, and cunning—making it impossible to put down.”
—Alex Segura, acclaimed author of Miami Midnight and Blackout

AMY SUITER CLARKE is the author of Girl, 11 and is a writer and communications specialist. Originally from a small town in Minnesota, she completed an undergraduate degree in theater in the Twin Cities. She then moved to London and earned an MFA in creative writing with publishing at Kingston University. She currently works for a university library in Melbourne, Australia.

"Propulsive... Not only is the book difficult to put down, it’s also an adroit exploration of the ethical quandaries of true-crime storytelling, particularly in podcasts." —The New York Times Book Review   "Clarke deftly moves the narrative using transcripts of Elle’s podcasts, recordings of her thoughts that never air, and her actions outside the recording studio. This one is not-put-downable." —St. Paul Pioneer Press   "A masterful narrative...Elle’s remarkable poise throughout is a credit to Clarke’s style and makes her a highly engaging character. Perfect for fans of Karin Slaughter and Meg Gardiner." —Booklist   "Clarke’s nuanced narrative will keep readers hooked." —Publishers Weekly   [Girl, 11 preserves] a real sense of suspense and mystery while respecting the real people behind the genre it's a part of. This was a remarkably strong debut, one which entertained and kept me in suspense in equal measure. Amy Suiter Clarke is an author to be excited about." —Mystery & Suspense   "Girl, 11 is a dazzlingly twisted and dark thriller with complex characters, a neo-Gothic atmosphere and a killer that ranks with some of the most disturbing in the genre. Amy Suiter Clarke is a magnificent guide through this macabre labyrinth!"  —S.A. Cosby, author of Blacktop Wasteland   “Clarke knows how to get a reader’s heart hammering.” —Candice Fox, international bestselling author of Never Never and Crimson Lake      “Amy Suiter Clarke comes out of the gate running with a confident and riveting debut perfect for fans of Karin Slaughter and Meg Gardiner. GIRL, 11 follows the host of an investigative podcast tracking a bloodthirsty serial killer as he counts down to his youngest victim yet. I bit my nails through every twist in this pitch-perfect thrill-ride--and teared up at its commitment to honoring victims of violence everywhere.”  —Amy Gentry, bestselling author of Good as Gone and Bad Habits     “Delectably tense and terrifying, GIRL, 11 introduces us to a dormant serial killer and the podcaster who will risk everything—even her own life—to uncover his identity. With psychological precision and electric storytelling, Amy Suiter Clarke has created a thriller that feels ripped from the headlines, her Countdown Killer becoming as real to the reader as the Golden State Killer or BTK. True crime fanatics will find their new obsession in this dark, page-turning debut.” —Megan Collins, author of The Winter Sister and Behind The Red Door     “GIRL, 11 is a powerful, engaging debut from Amy Suiter Clarke—and gives readers a memorable, genuine protagonist in Elle Castillo. Clarke crafts a tale of obsession, dark histories, and one woman’s quest to bring a terrifying killer to justice, GIRL, 11 is delivered with poise, style, and cunning - making it impossible to put down.” —Alex Segura, acclaimed author of Miami Midnight, Poe Dameron: Free Fall, and Blackout     “Twisty and tense! GIRL, 11 is a stirring and stunning tale of secrets, saviors and serial killers. This story stays with you long after you've reached the last page!” &mdas —