Murder Inside the Beltway: A Capital Crimes Novel (Mass Market) 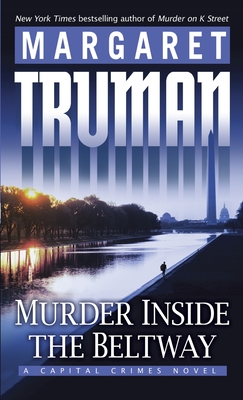 This is book number 24 in the Capital Crimes series.

Rosalie Curzon, a Washington, D.C., call girl, is found bludgeoned to death in her Adams-Morgan apartment. At the murder scene a video camera is discovered nestled high on a bookshelf. Had the victim taped some of her clients during their sexual liaisons? As the investigation proceeds, so does business inside the Beltway. President Burton Pyle is heatedly running for reelection against consummate politician Robert Colgate, who is expected to win. Colgate, though, is not without cracks in his slick exterior: Rumors swirl about his failing marriage and various dalliances. But no one is prepared for the explosive development that erupts when the daughter of Colgate’s closest friend is kidnapped and Detective Mary Hall and rookie cop Matthew Jackson uncover a shocking connection between the abduction, the Curzon case—and a killer no one will see coming.

“[A] satisfying tale . . . remarkably fresh in its insights about politics, intrigue, money and sex in the city by the Potomac.”
–Raleigh News & Observer

Murder at the Opera

“Bestseller Truman’s twenty-second D.C. mystery [is] one of her strongest. . . . [She] widens her scope to reveal a charming supporting cast. . . . Glimpses of intelligence gathering in the Middle East lend a timely feel.”
–Publishers Weekly