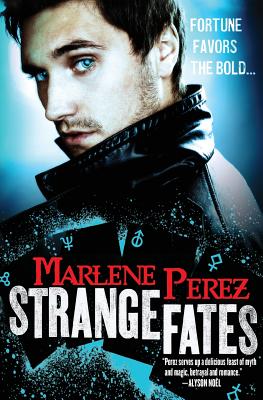 The first in a line of three exciting new urban fantasy novels blending elements of Greek myth and forbidden romance against the backdrop of Minnesota's magical underworld.
Brooding, leather jacket-wearing Nyx Fortuna looks like a 20-something, and has for centuries now. As the son of the forgotten fourth Fate, Lady Fortuna, he has been hunted his entire life by the three Sisters of Fate that murdered his mother.
Fed up and out for revenge, Nyx comes to Minneapolis following a tip that his aunts have set up a business there. His goal to bring down his mother's killers and retrieve the thread of fate that has trapped him in the body of a twenty year old unable to age or die.
But when a chance meeting with the mysterious, dangerous and very mortal Elizabeth Abernathy throws off his plans, he must reconcile his humanity and his immortality.