The Coldest Girl in Coldtown (Hardcover) 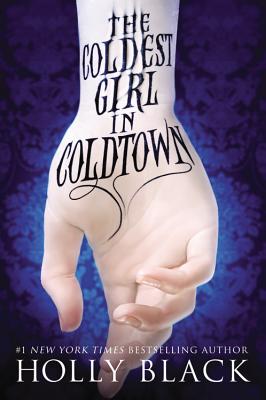 Tana lives in a world where walled cities called Coldtowns exist. In them, quarantined monsters and humans mingle in a decadently bloody mix of predator and prey. The only problem is, once you pass through Coldtown's gates, you can never leave.
One morning, after a perfectly ordinary party, Tana wakes up surrounded by corpses. The only other survivors of this massacre are her exasperatingly endearing ex-boyfriend, infected and on the edge, and a mysterious boy burdened with a terrible secret. Shaken and determined, Tana enters a race against the clock to save the three of them the only way she knows how: by going straight to the wicked, opulent heart of Coldtown itself.
The Coldest Girl in Coldtown is a wholly original story of rage and revenge, of guilt and horror, and of love and loathing from bestselling and acclaimed author Holly Black.

"We've all read a million YA vampire stories at this point, but no one writes like Holly Black: Her worlds are funny and eerily vivid, and Coldtown-a rollicking and decadent ghetto-is one of my all-time favorite fantasy novel settings."
—Author of The Fault in Our Stars John Green, Metro New York

* "You may be ready to put a stake in vampire lit, but read this first: It's dark and dangerous, bloody and brilliant."
—Kirkus (starred review)

*"Teens with a yen for dark, futuristic novels, and maybe even a few Anne Rice readers, will find this a refreshing take on vampire lit. As always, Black's writing is quick paced and thought-provoking. A must-have for any teen collection."
—School Library Journal (starred review)

* "With rapid-fire dialogue, lavish details, and a wildly imagined world, this will enthrall Black's fans from start to finish and leave them hoping for another bone-chilling vicarious tour of Coldtown."
—Booklist (starred review)

* "Replete with grisly violence, an intriguingly complex take on the mechanics of vampirism, and well-developed and memorable characters, this superior, dread-soaked tale will satisfy vampire addicts of all ages."
—Publishers Weekly (starred review)

"Black's compelling prose, descriptive yet direct, conjures a modern gothic world populated by cruel immortals, desperate humans offering themselves as food, and a few hardscrabble survivors. Tana is a winning heroine, by turns staking killer vampires and giving herself over to Gavriel's deep, smoldering kisses."
—The Horn Book

"This is a solidly paced adventure studded with the occasional steamy encounter, so readers familiar with Black's mix of emotional depth and outstanding world-building will not be disappointed."
—BCCB