The End of the Wasp Season: A Novel (Alex Morrow #2) (Hardcover) 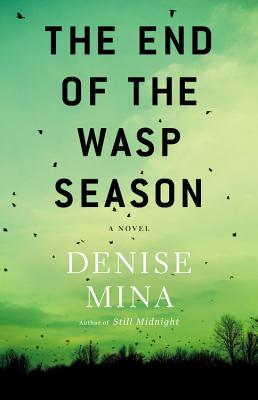 By Denise Mina
Unavailable to Order
Hard to Find

This is book number 2 in the Alex Morrow series.

When a notorious millionaire banker hangs himself, his death attracts no sympathy. But the legacy of a lifetime of selfishness is widespread, and the carnage most acute among those he ought to be protecting: his family.

Meanwhile, in a wealthy suburb of Glasgow, a young woman is found savagely murdered. The community is stunned by what appears to be a vicious, random attack. When Detective Inspector Alex Morrow, heavily pregnant with twins, is called in to investigate, she soon discovers that a tangled web of lies lurks behind the murder. It's a web that will spiral through Alex's own home, the local community, and ultimately right back to a swinging rope, hundreds of miles away.

The End of the Wasp Season is an accomplished, compelling and multi-layered novel about family's power of damage-and redemption.

Denise Mina is the author of more than ten novels, including The Long Drop, winner of the 2017 McIlvanney Prize for Scottish crime book of the year, and the Garnethill trilogy, the first installment of which won the John Creasey Memorial Award for best first crime novel. Mina has twice received the Theakstons Old Peculier Crime Novel of the Year Award. She lives in Glasgow.