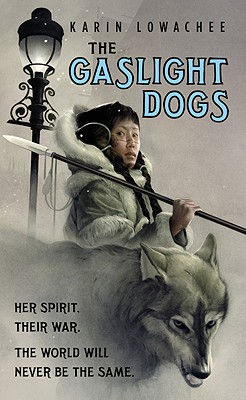 By Karin Lowachee
Unavailable to Order
Hard to Find

At the edge of the known world, an ancient nomadic tribe faces a new enemy-an Empire fueled by technology and war.

A young spiritwalker of the Aniw and a captain in the Ciracusan army find themselves unexpectedly thrown together. The Aniw girl, taken prisoner from her people, must teach the reluctant soldier a forbidden talent -- one that may turn the tide of the war and will surely forever brand him an outcast.

From the rippling curtains of light in an Arctic sky, to the gaslit cobbled streets of the city, war is coming to the frozen north. Two people have a choice that will decide the fates of nations -- and may cast them into a darkness that threatens to bring destruction to both their peoples.

Karin Lowachee was born in Guyana, South America and moved to Toronto, Canada when she was two. Before her foray into fantasy, she wrote three highly acclaimed science fiction novels -- Warchild, Burndive, and Cagebird. Warchild won the Warner Aspect First Novel Award and Cagebird won the 2006 Gaylactic Spectrum Award and the Prix Aurora Award and was a finalist for the 2002 Philip K. Dick Award. She currently resides in Ontario, Canada.