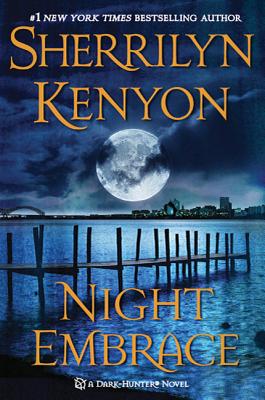 By Sherrilyn Kenyon
Email or call for price.
Hard to Find

"A special hardcover edition of the second novel in the blockbuster Dark-Hunter(r) series from #1 "New York Times "bestseller Sherrilyn Kenyon "
""
""As an ancient Celtic warrior, Talon made one giant mistake he killed the son of the war god Camulus. In anger and outrage, Camulus cursed him Everyone Talon loved would die a horrible death in front of his eyes. But when Talon's clan slaughters his young sister while he watches, powerless to stop them, he sells his soul for vengeance against them. Two thousand years later in modern-day New Orleans, as part of the bargain he made, he's now an immortal protector who keeps mankind safe from the creatures who would prey on them. A life he's happy with until he meets Sunshine an offbeat artist who reminds him what it's like to really live. Unfortunately for both of them, it's Mardi Gras, and New Orleans is teeming with a complex plot of ancient gods, including Camulus, who are now out to re-conquer the world. The gloves are off and it's time for a rematch with Talon out to save everyone, including the artist who makes him insane.

In the past two years, New York Times bestselling author Sherrilyn Kenyon has claimed the #1 spot twelve times, and since 2004, she has placed more than 50 novels on the New York Times list. This extraordinary bestseller continues to top every genre she writes. With more than 23 million copies of her books in print in over 30 countries, her current series include: The Dark-Hunters, The League, Lords of Avalon, BAD Agency, Chronicles of Nick and Nevermore. A preeminent voice in paranormal fiction, Kenyon helped pioneer and define the current paranormal trend that has captivated the world. She lives with her husband, three sons, a menagerie of animals and a collection of swords.