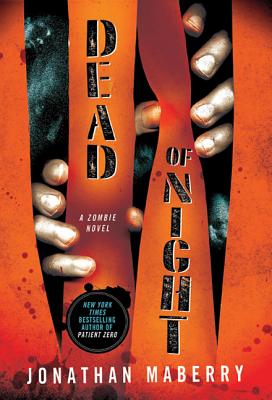 This is book number 1 in the Dead of Night Series series.

A prison doctor injects a condemned serial killer with a formula designed to keep his consciousness awake while his body rots in the grave. But all drugs have unforeseen side-effects. Before he could be buried, the killer wakes up. Hungry. Infected. Contagious. This is the way the world ends. Not with a bang…but a bite.

JONATHAN MABERRY (he/him) is a New York Times bestselling, Inkpot winner, five-time Bram Stoker Award-winning author of Relentless, Ink, Patient Zero, Rot & Ruin, Dead of Night, the Pine Deep Trilogy, The Wolfman, Zombie CSU, and They Bite, among others. His V-Wars series has been adapted by Netflix, and his work for Marvel Comics includes The Punisher, Wolverine, DoomWar, Marvel Zombie Return and Black Panther. He is the editor of Weird Tales Magazine and also edits anthologies such as Aliens vs Predator, Nights of the Living Dead (with George A. Romero), Don’t Turn out the Lights, and others. Find him at www.jonathanmaberry.com and on all social media platforms.

“This has to be one of the best traditional zombie tales I've ever read... This is a zombie book for the ages.” —Seattle Post Intelligencer

“Maberry grounds the story with scientific confidence, spares no attention to detail, and presents the undead as more than faceless targets.” —Publishers Weekly