The King of Plagues: A Joe Ledger Novel (Paperback) 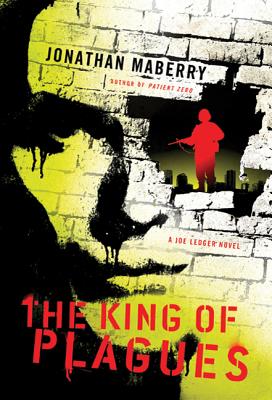 This is book number 3 in the Joe Ledger series.

Saturday 09:11 Hours: A blast rocks a London hospital and thousands are dead or injured… 10:09 Hours: Joe Ledger arrives on scene to investigate. The horror is unlike anything he has ever seen. Compelled by grief and rage, Joe rejoins the DMS and within hours is attacked by a hit-team of assassins and sent on a suicide mission into a viral hot zone during an Ebola outbreak. Soon Joe Ledger and the Department of Military Sciences begin tearing down the veils of deception to uncover a vast and powerful secret society using weaponized versions of the Ten Plagues of Egypt to destabilize world economies and profit from the resulting chaos. Millions will die unless Joe Ledger meets the this powerful new enemy on their own terms as he fights terror with terror.

“Breakneck pacing, nonstop action, and a subtle sense of humor, this is an utterly readable blend of adventure fiction, suspense thriller, and horror.” —Publishers Weekly

“Joe Ledger and the DMS are back in their most brutal tale yet as they face off against a diabolical organization who is always one step ahead. As the sinister plot is exposed and the body count rises, THE KING OF PLAGUES is impossible to put down. Be prepared to lose some sleep.” —Jeremy Robinson, author of THRESHOLD and INSTINCT

“While most are content to sleepwalk through the third book in a successful series, Jonathan Maberry wages all-out destructive war on complacency. "The King of Plagues" expands the Joe Ledger universe, deepens existing characters while introducing bold new ones, and unleashes a runaway brain of a thriller plot turbocharged with a depraved spirit of invention. Next to Joe Ledger, Jack Bauer, Fox Mulder and Jason Bourne are rank amateurs.” —Javier Grillo-Marxuach, Emmy Award winning writer/producer, "Lost," "Medium," "The Middleman.