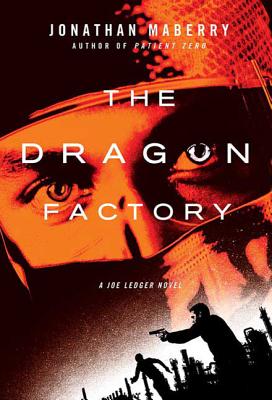 This is book number 2 in the Joe Ledger series.

In Jonathan Maberry's The Dragon Factory, Joe Ledger and the DMS (Department of Military Sciences) face their deadliest threat yet when they go up against two competing groups of geneticists bent on world domination.

One side is creating exotic transgenic monsters and genetically enhanced mercenary armies; the other is using 21st century technology to continue the Nazi Master Race program begun by Josef Mengele. Both sides want to see the DMS destroyed, and they've drawn first blood. Neither side is prepared for Joe Ledger as he leads Echo Team to war under a black flag.

“Plenty of man-to-zombie combat, a team traitor and a doomsday scenario add up to a fast and furious read.” —Publishers Weekly

“An enjoyable read, and one that's hard to set down.” —Fangoria

“A fabulous new series. Joe Ledger and the DMS have my vote as the team to beat when combatting terrorist threats on a grand scale!” —David Morrell, New York Times bestselling author of FIRST BLOOD and CREEPERS