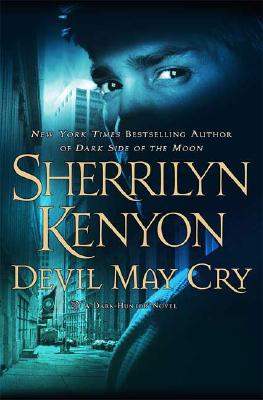 By Sherrilyn Kenyon
$19.95
Email or call for price.

As an ancient Sumerian god, Sin was one of the most powerful among his pantheon.  . . Until the night Artemis brutally stole his godhood and left him for dead. For millennia, this ex-god turned Dark-Hunter has dreamed only of regaining his powers and seeking revenge on Artemis. If only life were that simple.

Unfortunately he has bigger fish--or in Sin's case--demons, to fry. The lethal gallu that were buried by his pantheon are now stirring and they are hungry for human flesh. Their goal is to destroy mankind and anyone else who gets in their way.  Sin is the only one who can stop them--that is if a certain woman doesn't kill him first. Unfortunately, Sin discovers that now he must rely on her or witness an annihilation of biblical proportions.  Enemies have always made strange bedfellows, but never more so than when the fate of the world hangs in the balance. Now a man who knows only betrayal must trust the one person most likely to hand him to the demons. Artemis may have stolen his godhood, but this one has stolen his heart. The only question is will she keep it or feed it to the ones who want him dead?

Sherrilyn Kenyon is a #1 "New York Times" bestselling author with more than sixteen million copies of her books in print, in over thirty countries. She is the author of the Dark-Hunter novels, which have an international cult following and always appear at the top of "The New York Times, Publishers Weekly," and "USA Today" lists. Writing both as Sherrilyn Kenyon and Kinley MacGregor, she is also the author of several other series, including: The League, Brotherhood of the Sword, Lords of Avalon, The Dream-Hunters and BAD.Near Nashville, Tennessee, Sherrilyn Kenyon lives a life of extraordinary danger . . . as does any woman with three sons, a husband, and a collection of swords on which all of the above have a major fixation.