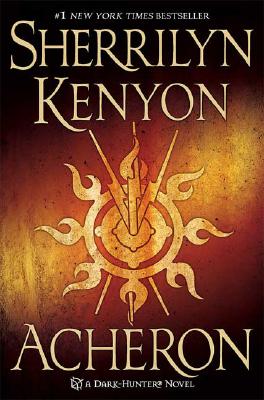 By Sherrilyn Kenyon
Email or call for price.
Backordered

"The most anticipated story in the blockbuster Dark-Hunter series. The never-before-revealed story of the Dark-Hunter leader, Acheron. He was made human in order to escape death, but in death he was reborn a god. . ."

Eleven thousand years ago a god was born. Cursed into the body of a human, Acheron spent a lifetime of shame. However, his human death unleashed an unspeakable horror that almost destroyed the earth. Then, brought back against his will, Acheron became the sole defender of mankind.

Only it was never that simple. For centuries, he has fought for our survival and hidden a past he'll do anything to keep concealed. Until a lone woman who refuses to be intimidated by him threatens his very existence.

Now his survival, and ours, hinges on hers and old enemies reawaken and unite to kill them both.

War has never been more deadly... or more fun.

In the past two years, "New York Times" bestselling author Sherrilyn Kenyon has claimed the #1 spot twelve times, and since 2004, she has placed more than 50 novels on the "New York Times" list. This extraordinary bestseller continues to top every genre she writes. With more than 23 million copies of her books in print in over 30 countries, her current series include: "The Dark-Hunters," "The League," "Lords of Avalon," "BAD Agency," "Chronicles of Nick" and "Nevermore." A preeminent voice in paranormal fiction, Kenyon helped pioneer and define the current paranormal trend that has captivated the world. She lives with her husband, three sons, a menagerie of animals and a collection of swords.