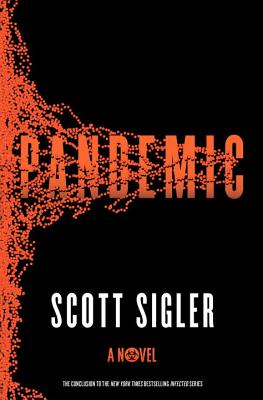 In the final book in the Infected trilogy, the entire human race balances on the razor's edge of annihilation, beset by an enemy that turns our own bodies against us, that changes normal people into psychopaths or transforms them into nightmares. To some, Doctor Margaret Montoya is a hero--a brilliant scientist who saved the human race from an alien intelligence determined to exterminate all of humanity. To others, she's a monster--a mass murderer single-handedly responsible for the worst atrocity ever to take place on American soil. All Margaret knows is that she's broken. The blood of a million deaths is on her hands. Guilt and nightmares have turned her into a shut-in, too mired in self-hatred even to salvage her marriage, let alone be the warrior she once was. But she is about to be called into action again. Because before the murderous intelligence was destroyed, it launched one last payload: a soda can-sized container filled with deadly microorganisms that make humans feed upon their own kind. That harmless-looking container has languished a thousand feet below the surface of Lake Michigan, undisturbed and impotent . . . until now. Part Cthulhu epic, part zombie apocalypse and part blockbuster alien-invasion tale, Pandemic completes the Infected trilogy and sets a new high-water mark in the world of horror fiction.

Scott Sigler is the New York Times bestselling author of several novels, including Infected, Contagious, Ancestor, and Nocturnal. He lives in San Diego.

"With its razor-sharp prose and attention to detail, combined with skin-crawling body horror and apocalyptic threat, Pandemic reads like the love child of Michael Crichton and David Cronenberg. I haven't been this creeped out by a book in a long time."--James S.A. Corey, New York Times bestselling author of Leviathan Wakes

"This one's a killer. In Pandemic, our chance against the apocalypse hangs by a slender thread of hope. Sigler brings serious game with a book that rocks the action while delving deep into character. Highly recommended."--Jonathan Maberry, New York Times bestselling author of Extinction Machine

"[An] amped up read...full of pressure-cooker mind games." --Entertainment Weekly

“A pulpy masterpiece of action, terror, and suspense.”—James Rollins

"Nothing short of incredible...continues the work that Robert A. Heinlein left undone, but it's also a horror novel, a military thriller, a mystery...you've never read anything like it." -Bookreporter.com