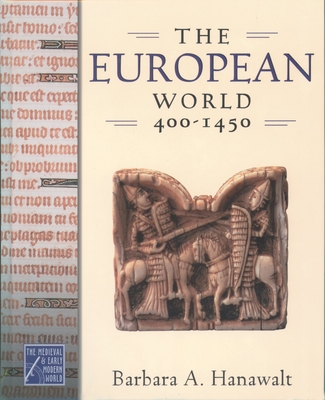 By Barbara A. Hanawalt
Unavailable to Order

As the Roman Empire began to crumble and lose its long-held dominance over Europe, new civilizations were emerging to fill the void. Germanic tribes like the Goths, the Franks, and the Vandals, as well as the Huns and Visigoths all fought for control of the land. Christianity became a more acceptable religion throughout Europe, while the Islamic religion was born in the Middle East and quickly spread, eventually making its way into Europe. The blending and conflict of cultures and beliefs helped to create what we now call the Middle Ages.

Fascinating new characters were also rising in Europe like the emperor and empress of the Byzantine Empire Justinian and Theodoraambitious leaders who made one final push to recapture the west and regain the past glory of the Roman Empire. Meanwhile in the west Charlemagne had come to power by crowning himself emperor. A popular leader he spent much of his time travelling through his land on horseback accompanied by an entourage that often included an elephant

Vikings from Scandinavia began raiding parts of Europe until eventually they were stopped by Alfred the king of Wessex in England. By 1066, however, the Scandinavians got their revenge when William the Conqueror invaded England and took over.

Filled with intrigue, conflict, power struggles, and colorful characters and based on primary source materials Barbara Hanawalt's The European World is an adventure at every turn. From Attila the Hun to Joan of Arc, from the fall of Rome to the Plague this pivotal moment in history comes alive.

Barbara A. Hanawalt is a specialist in the English medieval social history. Hanawalt has published extensively in various scholarly journals and collections of essays. Her books include Crime and Community in Medieval England, 1300-1348 (1979), The Ties That Bound: Peasant Families in MedievalEngland (1986), Growing Up in Medieval London: The Experience of Childhood in History (1993); Of Good and Ill Repute: Gender and Social Control in Medieval England (1999); The Wealth of Wives: Women, Law, and the Economy in Late Medieval London (2007). In addition, she edited seven volumes of essaysdealing with diverse topics in medieval studies.