The Shadow Lily: A Novel (The Island Murders #2) (Paperback) 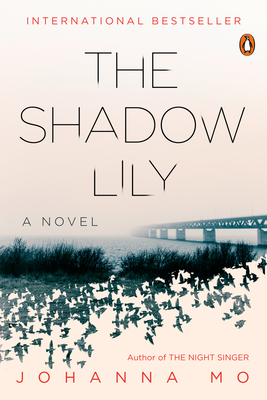 This is book number 2 in the The Island Murders series.

"Elegant, gripping, and intricate, The Shadow Lily is a mystery the way P.D. James wrote mysteries: with depth and real humanity. I loved spending time with Detective Hanna Duncker on an island off the coast of Sweden---Oland is as chilling and atmospheric as Ann Cleeves's Shetland." —Flynn Berry, author of the New York Times Bestseller Northern Spy

Small-town police detective Hanna Duncker has a past. Her deceased father was convicted of murder and arson long ago, and she has taken up residence and resumed her police career in her hometown after his death. She and her partner Erik Lindgren are called to investigate the disappearance of a father and his infant son from their home while his wife was away on a weekend trip. As the investigation unfolds, Hanna makes a breakthrough in her ongoing private investigation of her father’s crimes: a discovery that could change everything she thought she'd learned so far.
In The Shadow Lily, Johanna Mo’s follow-up to The Night Singer, we find Hanna even further entangled in the web of relationships and partial truths that trapped her father for well over a decade. Are guilt and innocence as definite as they seem? And can she handle yet another unravelling of her family’s story?

Johanna Mo was born in Kalmar, Sweden, and now lives with her family in Stockholm. She has spent the last twenty years working as a literary critic, translator, and freelance editor. The Night Singer is her English-language debut.

Praise for The Night Singer:

“…readers will readily engage with Hanna, a no-nonsense, dogged, and thoughtful investigator. Mo is off to a strong start.” —Publishers Weekly


Praise for The Shadow Lily

“The Shadow Lily is a perfect crime novel for rainy days, one of those books that does well together with a cup of tea, a blanket and lazy days in the summer house." —Berlingske

“With an eye for the banalities of everyday life and what great changes and horrible events can do to people, Mo managed to capture something new and authentic… splendidly done.” —Stavanger Aftenblad

“Johanna Mo has yet again given us a well-written crime novel, with strong characters and a splendid portrayal of life on the island.” —Tine Sundal, blog

“Mo employs alternating perspectives to great effect, using them to deepen the reader's understanding of the events and the characters involved.” —BookPage

"Elegant, gripping, and intricate, The Shadow Lily is a mystery the way P.D. James wrote mysteries: with depth and real humanity. I loved spending time with Detective Hanna Duncker on an island off the coast of Sweden---Oland is as chilling and atmospheric as Ann Cleeves's Shetland." —Flynn Berry, author of the New York Times Bestseller Northern Spy

"This beautifully written story about a small-town detective who becomes entangled in the mystery that trapped her father for over a decade drew me in with its authentic voice. While Hanna and her partner Erik are tasked with investigating the death of a teenager, she begins to piece together a puzzle that hits close to home in haunting scenes of loss and grief. If you love Tana French, then "The Shadow Lily" is for you. Highly recommended."—Alice Blanchard, award-winning author of Trace of Evil