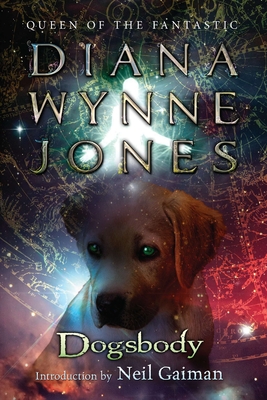 A funny, heartbreaking, stunning book by the legendary Diana Wynne Jones—with an introduction by Neil Gaiman.

The Dog Star, Sirius, is tried - and found guilty - by his heavenly peers for a murder he did not commit. His sentence: to live on the planet Earth until he can carry out a seemingly impossible mission - the recovery of a deadly weapon known as the Zoi. The first lesson Sirius learns in his lowly earthly form is that humans have all the power. The second is that even though his young mistress loves him, she can't protect either of them. The third - and worst - is that someone out there will do anything to keep Sirius from finding the Zoi. Even if it means destroying Earth itself. This funny, heartbreaking, stunning book features an introduction by Neil Gaiman, an avid fan of Diana Wynne Jones.

Diana Wynne Jones was the multiple award-winning author of many fantasy novels for children, teenagers, and adults. Her book Howl's Moving Castle was made into an Academy Award-nominated major animated feature by Hayao Miyazaki. She received the World Fantasy Lifetime Achievement Award in 2007. Married to the medievalist J. A. Burrow, with whom she had three sons, she lived for many years in Bristol, the setting for many of her books. Diana Wynne Jones passed away in March 2011, after a long illness.

Neil Gaiman is the Newbery Medal winning author of The Graveyard Book and Coraline.

"Among the most rewarding novels available for readers of all ages."—Publishers Weekly

"It need only be said that the book is more than welcome back into print—and may its own reincarnation find it many new readers."—Children's Literature