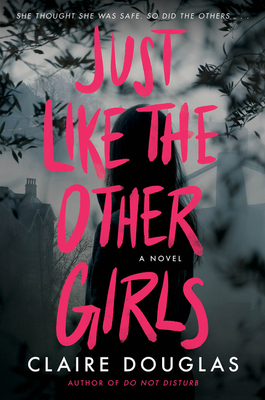 “A chilling novel showcasing Claire Douglas's trademark brilliantly claustrophobic settings and tightly plotted twists. Impossible to know which of the well-drawn characters to trust and very hard to put down.”—Gilly MacMillan, bestselling author of What She Knew

From the Sunday Times bestselling author of Do Not Disturb, an electrifying tale of psychological suspense in which an unsuspecting young woman finds herself trapped in an increasingly sinister web of mystery and lies.

At loose ends after the devastating death of her mother, Una Richardson responds to an advertisement for a ladies’ companion, a position that leads her into the wealthy, secluded world of Mrs. Elspeth McKenzie.

But Elspeth's home isn’t the comforting haven it seems.

What happened to the young women?

Why won’t the McKenzies talk about them?

What are they hiding?

As the walls begin to close in around her, Una fears she'll end up just like the other girls . . .

Claire Douglas has worked as a journalist for fifteen years, writing features for women’s magazines and newspapers, but she’s dreamed of being a novelist since the age of seven. She finally got her wish after winning Marie Claire’s Debut Novel Award for her first book, The Sisters, which became a bestseller. She lives in Bath, England, with her husband and two children.

“Just Like the Other Girls is a chilling novel showcasing Claire Douglas's trademark brilliantly claustrophobic settings and tightly plotted twists. Impossible to know which of the well-drawn characters to trust and very hard to put down.”
— Gilly MacMillan, bestselling author of What She Knew

“Douglas's best yet—an ingenious concept with a corker of a twist halfway through. Just Like The Other Girls grips and thrills.”
— Gillian McAllister, bestselling author of The Evidence Against You

“Just Like the Other Girls is just the sort of distraction I need at the moment: an immersive page-turner with numerous red herrings and a twist I didn't see coming.”
— Sarah Vaughan, bestselling author of Anatomy of a Scandal

“A wickedly clever page-turner of a psychothriller.”
— Emma Curtis, bestselling author of One Little Mistake

"Deliciously spooky. You simply have to discover what happens."
— Jane Corry, bestselling author of I Made a Mistake

“A thriller that will leave you in a spin.”
— Sun

“If you like thrillers with plenty of killer twists and turns, then Just Like The Other Girls should definitely be high on your reading list.”
— My Weekly