The Most Precious of Cargoes: A Tale (Hardcover) 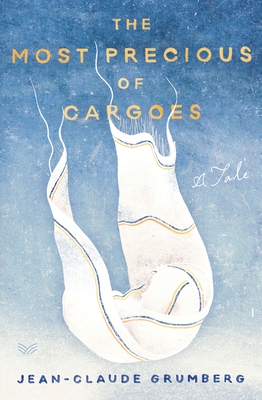 Set during the height of World War II, a powerful and unsettling tale about a woodcutter and his wife, who finds a mysterious parcel thrown from a passing train.

Once upon a time in an enormous forest lived a woodcutter and his wife. The woodcutter is very poor and a war rages around them, making it difficult for them to put food on the table. Yet every night, his wife prays for a child.

A Jewish father rides on a train holding twin babies. His wife no longer has enough milk to feed both children. In hopes of saving them both, he wraps his daughter in a shawl and throws her into the forest.

While foraging for food, the wife finds a bundle, a baby girl wrapped in a shawl. Although she knows harboring this baby could lead to her death, she takes the child home.

Set against the horrors of the Holocaust and told with a fairytale-like lyricism, The Most Precious of Cargoes is a fable about family and redemption which reminds us that humanity can be found in the most inhumane of places.

Translated from the French by Frank Wynne

Jean-Claude Grumberg was born in 1939. He started out as an actor before writing his first play in 1968. Since then he has written more than forty scripts for the stage and film. He currently lives and works in his native France. He was inspired by the loss of his own father in a Nazi concentration camps to write The Most Precious of Cargoes. He lives in France.

“This swift, intense novelette…is dreamy and ethereal, repeating themes of milk, sustenance, and what it means to love a child. An excellent choice for book clubs.”
— Booklist

“With subtlety and intention, the novella ultimately implores us to consider the purpose of literature after tragedy…It is difficult, in 2020, to write a work of fiction about the Holocaust that is original; even simply in this sense, Grumberg’s work succeeds where many have failed.”
— Kirkus Reviews (starred review)