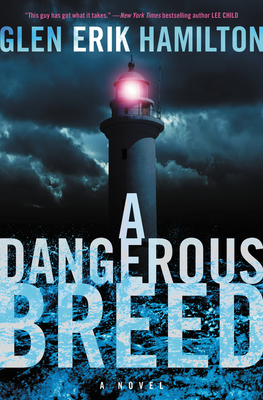 This is book number 5 in the Van Shaw Novels series.

Van Shaw’s past and present collide when an ingenious blackmailer pushes him to the brink in this electrifying fifth novel in Glen Erik Hamilton’s gritty and emotionally powerful thriller series.

An invitation addressed to his long-dead mother sparks Van Shaw’s curiosity about the woman he barely knew. As he digs into young Moira Shaw's past, he uncovers startling details about her life, including her relationship to a boy named Sean Burke—a boy Moira may have been seeing when she became pregnant. Could this Burke be the biological father who abandoned Van before he was born? Although Van knows all too well that some doors shouldn’t be opened, he decides to investigate the man—only to discover that Burke has an even darker family history than Van's own.

But Van’s got more immediate problems. His friend Hollis is in a jam, and helping him out accidentally steers Van into the path of a master extortionist named Bilal Nath.  Nath demands that the talented thief mastermind a daring heist targeting a Seattle biotechnology firm, or the blackmailer will destroy the lives of people Van loves. Will Van be forced to steal a viral weapon with the potential to kill thousands?

With Bilal Nath coercing him into a possible act of domestic terrorism, Van turns to his formidable crew of lawbreaking friends—including Hollis, Big Will Willard, and Willard's sly and seductive niece Elana—for help. Yet even this team may not be enough. To outwit a brilliant sociopath, Van might just need a cold-blooded killer . . . a criminal whose blood may run through his own veins.

A native of Seattle, GLEN ERIK HAMILTON was raised aboard a sailboat and grew up around the marinas and commercial docks and islands of the Pacific Northwest. His novels have won the Anthony, Macavity, and Strand Critics awards, and have been nominated for the Edgar, Barry, and Nero awards. After living for many years in Southern California, he and his family have recently returned to the Emerald City and its beautiful overcast skies.

"Van Shaw is one of the most interesting and loyal heroes in fiction today. Once again, Hamilton pens a complex, twisty tale that maybe Shaw's most dangerous–and emotional—case to date. Atmospheric and taut, A DANGEROUS BREED is a winner." — Allison Brennan, New York Times bestselling author.

“Glen Erik Hamilton offers readers a thriller tour de force. In A Dangerous Breed, the past collides violently with the present, and the result is a Pandora’s box of secrets spilled open. It’s taut, it’s compelling, and it’s so well written it’ll make other authors jealous. But here’s the kicker: At its core, it’s really all about family, and what could be more heartwarming? This is a bulldog of a story that, once it’s set its teeth in you, refuses to let go.” — William Kent Krueger, New York Times bestselling author.

"From the first page, you'll know you're in for a thrilling ride!  This is vivid and powerful writing that maintains its verve till the very end." — Tess Gerritsen, New York Times bestselling author of The Shape of Night.

“Van Shaw, one of the most interesting protagonists in thrillers today, learns long-hidden truths about himself in this latest series entry, which combines tense and twisty action with some subtle reflections on the nature of family. Glen Erik Hamilton proves himself a master.” — Joseph Finder, New York Times bestselling author of House on Fire.