You Can Go Home Now: A Novel (Hardcover) 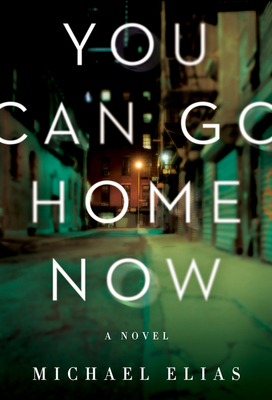 In this smart, relevant, unputdownable psychological thriller, a woman cop is on the hunt for a killer while battling violent secrets of her own.

Nina is a tough Queens detective with a series of cold case homicides on her desk – men whose widows had the same alibi: they were living in Artemis, a battered women’s shelter, when their husbands were killed.

Nina goes undercover into Artemis. Though she is playing the victim, she’s anything but. Nina knows about violence and the bullies who rely on it because she’s experienced it in her own life.

In this heart-pounding thriller Nina confronts the violence of her own past in Artemis where she finds solidarity with a community of women who deal with abusive and lethal men in their own way.

For the women living in Artemis there is no absolute moral compass, there is the law and there is survival.  And, for Nina, who became a cop so she could find the man who murdered her father, there is only revenge.

Michael Elias is a screenwriter and novelist. His credits include The Jerk, Lush Life and the novel The Last Conquistador. He  lives in Paris and Los Angeles.

"A compulsively readable thriller that could take Elias to another level of acclaim."
— Booklist (starred review)

“Elias is so conversant with the mindset of criminals, cops, and trigger-pullers, it makes me wonder about his personal life. This is a compelling thriller that has the rarest of qualities:  'What’s going to happen next?' ".
— Steve Martin, New York Times bestselling author of Born Standing Up: A Comic’s Life and An Object of Beauty

"You Can Go Home Now by Michael Elias is a thrilling examination into the power of revenge. I had several gasp-out-loud moments while reading. Fascinating characters and a deep dive into the gruesomeness of domestic violence infuse this page-turner throughout and there's a twist at the end you'll never see coming!"
— Ellen LaCorte, author of The Perfect Fraud

“Michael Elias writes women like a woman; and he writes a police thriller like a former cop. You Can Go Home Now will keep you up at night, breathlessly turning the pages until the riveting end. I couldn’t put this book down! Elias has masterfully written a moving and terrifying story that feels so potent and current, I can’t believe something like this hasn’t shown up in the news yet.”
— Jessica Anya Blau, author of The Trouble with Lexie