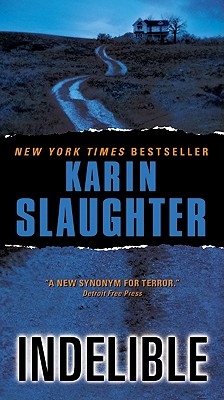 This is book number 4 in the Grant County Mysteries series.

Sometimes a past comes back to kill . . .

Two armed men enter the police station in tiny Heartsdale, Georgia, and open fire. When the shooting stops, an officer is dead, Police Chief Jeffrey Tolliver is seriously wounded, and the survivors—including a class of grade-school children and medical examiner Sara Linton—are held hostage. In a tense standoff that could erupt at any moment into more bloodletting—with her ex-husband on the threshold of death—Sara must search for answers and an escape in the memories of a time at the start of their relationship when another brutal, shocking crime shattered their small-town world. Because the sins of the past have caught up with Sara and Jeffrey . . . with a vengeance.