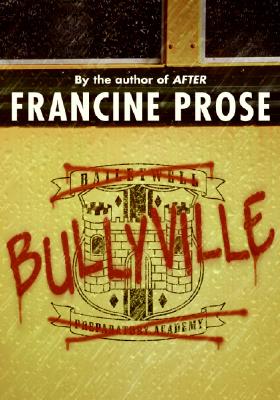 Everybody in town knows we lost him forever when the North Tower collapsed.

What they don't know is that he was gone long before that day.

What they don't know is that a scholarship to exclusive Baileywell Academy only made my life worse.

What they don't know is that my mentor at Baileywell is my own personal terrorist.

Everybody calls me Miracle Boy.

What nobody knows is that it's a miracle I'm still here to tell you the real story about the worst year of my life.

From nationally acclaimed author Francine Prose comes an unforgettable novel about disasters, both public and private, and the aftermath of tragedy.

Francine Prose is the author of twenty-one works of fiction including, the highly acclaimed Mister Monkey; the New York Times bestseller Lovers at the Chameleon Club, Paris 1932; A Changed Man, which won the Dayton Literary Peace Prize; and Blue Angel, which was a finalist for the National Book Award. Her works of nonfiction include the highly praised Anne Frank: The Book, The Life, The Afterlife, and the New York Times bestseller Reading Like a Writer, which has become a classic. The recipient of numerous grants and honors, including a Guggenheim and a Fulbright, a Director’s Fellow at the Center for Scholars and Writers at the New York Public Library, Prose is a former president of PEN American Center, and a member of the American Academy of Arts and Letters and the American Academy of Arts and Sciences.  She is a Distinguished Writer in Residence at Bard College.