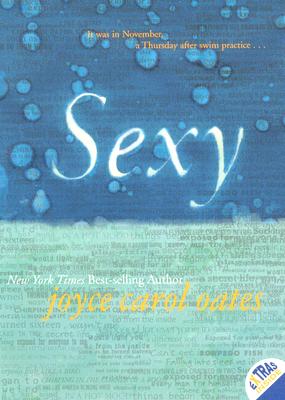 By Joyce Carol Oates
Unavailable to Order
Hard to Find

Darren Flynn is popular, good–looking, and has a spot on the varsity swim team. But after what happened that day in November (did it happen?), life is different for Darren.

Now his friends, his family, even the people who are supposed to be in charge are no longer who Darren thought they were. Who can he trust now?

In her third novel for young adults, the author of the acclaimed Big Mouth & Ugly Girl leads readers on an internal journey of self–discovery, moral complexity, and sexuality.

Joyce Carol Oates is a recipient of the National Medal of Humanities, the National Book Critics Circle Ivan Sandrof Lifetime Achievement Award, the National Book Award, and the PEN/Malamud Award for Excellence in Short Fiction, and has been several times nominated for the Pulitzer Prize. She has written some of the most enduring fiction of our time, including the national bestsellers We Were the Mulvaneys, Blonde, which was nominated for the National Book Award, and the New York Times bestseller The Falls, which won the 2005 Prix Femina. Her most recent novel is A Book of American Martyrs. She is the Roger S. Berlind Distinguished Professor of the Humanities at Princeton University and has been a member of the American Academy of Arts and Letters since 1978.

“Fans of Oates’ previous YA books will want to read this.”
— ALA Booklist (boxed review)

“Touching and believable. An unusually sensitive and sympathetic assessment.”
— Bulletin of the Center for Children’s Books

“Palpable and compelling.”
— The Horn Book

“A compelling story. The characters are well drawn. Sure to be a popular title.”
— School Library Journal

“With terse prose, she draws readers into the awakening consciousness of the teenage mate.”
— KLIATT