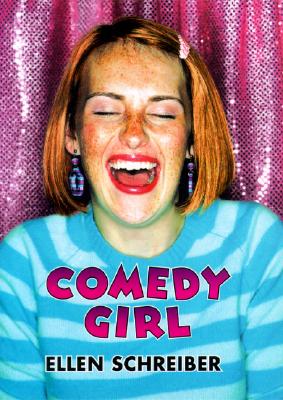 By Ellen Schreiber
Unavailable to Order
Out of Print

Trixie Shapiro may be one of the shyest students at Mason High, but she's also the funniest. When her best friend, Jazzy, signs her up to perform stand-up at Senior Talent Night, Trixie's terrified she'll absolutely choke. And as if a seemingly disastrous debut isn't enough, Trixie's drama teacher encourages her to try again—this time at the local comedy club, Chaplin's.

To her surprise, Trixie's confidence begins to swell, and a surefire comedy act is born. Trixie finds herself on a fast track, winning contests and earning a job as the opening comic at the comedy club. It's a dream come true. Then Trixie lands a boyfriend—her longtime crush, hipster Gavin Baldwin. Now caught between the increasing demands of two worlds, Trixie faces a difficult choice between a romantic, inviting path and a risky shot at comedic stardom.

Ellen Schreiber narrates an inspiring and entertaining story of a shy teen who, struggling to find her voice, discovers a shining place in the spotlight.

“This…story…will literally amuse YA readers, and the believable details of life as a performer will appeal to many.”
— KLIATT

“Overall, Trixie will keep her audience amused, even as she teaches something about the cost—and rewards—of pursuing a dream.”
— Publishers Weekly