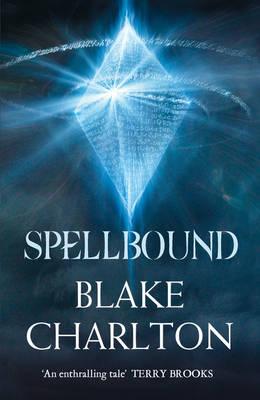 The exciting sequel to the acclaimed epic fantasy debut "Spellwright"

Francesca DeVega is a healer in the city of Avel, composing magical sentences that close wounds and disspell curses. But when a newly dead patient sits up and tells her that she must flee the infirmary or face a fate worse than death, Francesca finds herself in the middle of a game she doesn't understand--one that ties her to the notorious rogue wizard Nicodemus Weal and brings her face-to-face with demons, demigods, and a man she hoped never to see again.
Ten years ago, Nico escaped Starhaven Academy, leaving behind his failed life, in which he was considered disabled and felt useless. Now he's starting fresh, using his newfound gifts in the dark Chthonic languages to pursue the emerald that holds his birthright. Unfortunately, he can't escape the chaos of his old life. His mentor suffers from an incurable curse, agents of the fabled Halcyon hunt him day and night, pieces of Francesca's story don't add up, and the prophesized War of Disjunction looms on the horizon.
Nico and Francesca don't know it yet, but they are going to have to fit together the pieces of an age-old puzzle and discover the demon's darkest secret....

BLAKE CHARLTON is currently a medical student at Stanford University. An active, engaging presence online, he lives in the San Francisco Bay area.