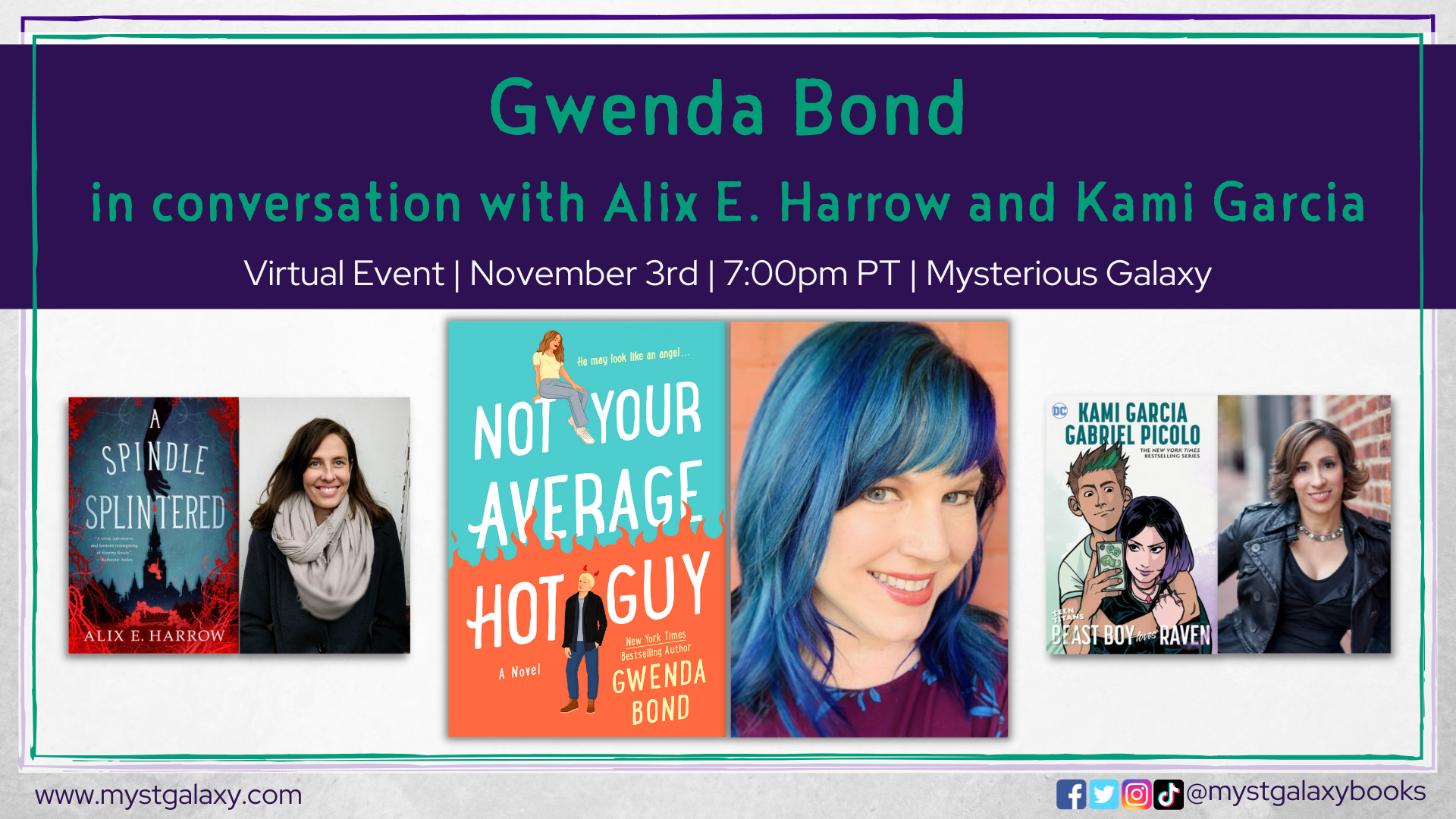 Event date:
Wednesday, November 3, 2021 - 7:00pm
Mysterious Galaxy's virtual events are hosted on Crowdcast. Click here to register for the event and here to view our virtual code of conduct. Accessibility: Real-time captioning for all Crowdcast events is available via Google Chrome. For enabling captions, please follow this guide. More info here.
How to Order a Signed Bookplate from Gwenda Bond
When you purchase of a book by Gwenda Bond for this event you'll get a signed bookplate! Simply write "bookplate" in the order comments at checkout to reserve yours!​
About the Authors
Gwenda Bond is the New York Times bestselling author of many novels, including the Lois Lane and Cirque American trilogies. She wrote the first official Stranger Things novel, Suspicious Minds. She also created Dead Air, a serialized mystery and scripted podcast written with Carrie Ryan and Rachel Caine. Not Your Average Hot Guy is her first romantic comedy for adults.
A former academic and adjunct, Alix E. Harrow is a Hugo-award winning writer living in Virginia with her husband and their two semi-feral kids. She is the author of The Ten Thousand Doors of January, The Once and Future Witches, and various short fiction. Find her on Twitter!
Kami Garcia a #1 New York Times, USA Today and international bestselling author and comic book writer. As an award-winning, Bram Stoker Award-nominated young adult author of 12 novels and graphic novels, she has been published in 51 countries and 38 languages and her books have sold more than 10 million copies worldwide. Kami’s best known works include the Beautiful Creatures series, Teen Titans: Raven, The X-Files: Agent of Chaos, The Lovely Reckless, Broken Beautiful Hearts, and the DC Black Label comic Joker/Harley: Criminal Sanity. She is also a cofounder of the Kid Lit book festival YALLFest and co-organizer of #Creators4Comics. Learn more about Kami at kamigarcia.com and follow her on Instagram and Twitter @kamigarcia.

Not Your Average Hot Guy: A Novel (Match Made in Hell #1) (Paperback)

The Once and Future Witches (Paperback)