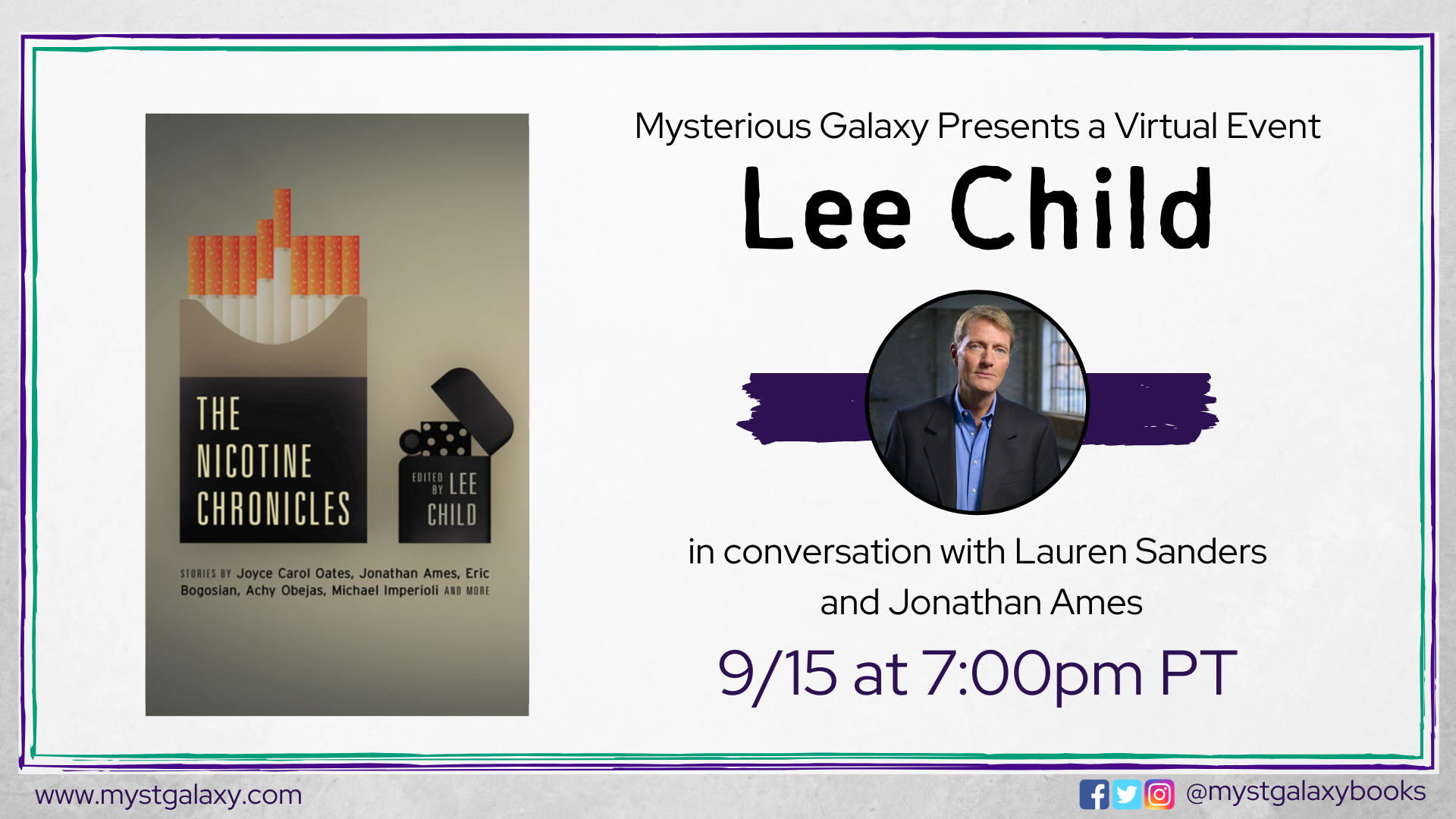 Event date:
Tuesday, September 15, 2020 - 7:00pm
The Nicotine Chronicles, a collection of short stories whose featured literary styles vary as much as the moral quandaries within.
How to join our Livestream
Our livestreams are hosted on Crowdcast! To view and register for the event click here!
View our virtual event code of conduct here. Please note that it applies to all attendees, authors, and moderators and is to ensure our event spaces stay a positive, welcoming place for respectful discussions and multiple perspectives.
About the Authors
Lee Child was fired and out of work when he hatched a harebrained scheme to write a best-selling novel, thus saving his family from ruin. Killing Floor went on to launch the New York Times #1 best-selling Jack Reacher series with over 100 million books sold in forty-nine languages. Forbes calls it "the strongest brand in publishing." The series has spawned two feature films and an upcoming Amazon Prime Video series.

Lauren Sanders is the author of two novels--Kamikaze Lust, which won a Lambda Literary Award, and With or Without You. Her writing has appeared in various publications and journals including Bookforum, the American Book Review, and Time Out New York. She is a resident of the great nation of Brooklyn.

Jonathan Ames is the author of I Pass Like Night; The Extra Man; What's Not to Love?; My Less Than Secret Life; Wake Up, Sir!; I Love You More Than You Know; The Alcoholic; The Double Life Is Twice as Good, and most recently, You Were Never Really Here. He's the creator of the HBO series Bored to Death and has had two amateur boxing matches, fighting as "The Herring Wonder."

How to Order a Signed Bookplate (signed only, no personalizations)
At checkout under “Order Comments” write if you would like a signed bookplate. Please note that it may be up to several business weeks after the order deadline for you to receive your bookplate. Thank you for understanding!